It’s not long now until the Force Awakens hits cinemas and I’ve already seen people talking about going into social media lock-down so the film isn’t spoilered for them. “How to stop social media spoilers ruining Star Wars: The Force Awakens” is bound to be a heavily googled phrase (fingers crossed anyway!). I suppose many people were burnt by Game of Thrones Red Wedding a couple of years ago; they don’t want another major release ruined before they can get to see it. 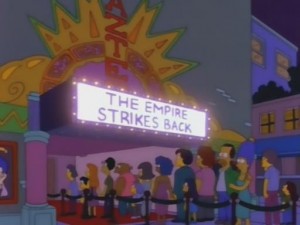 Star Wars the Force Awakens has been pretty savvy with it’s trailers, unlike a lot of movies, it hasn’t given the entire plot away, but there’s always the chance of a Homer Simpson Empire Strikes Back moment.

Fortunately in rummaging around on the internet, I’ve found a better way to stop Star Wars, and pretty much anything else, getting spoilered.

You need to use Google’s Chrome browser, if you don’t have it already, you can google it! Chrome has some nifty extensions, I use their remote desktop app a lot myself but it’s another extension that can work the magic here. It’s called “Spoiler Alert” and you can find it here. 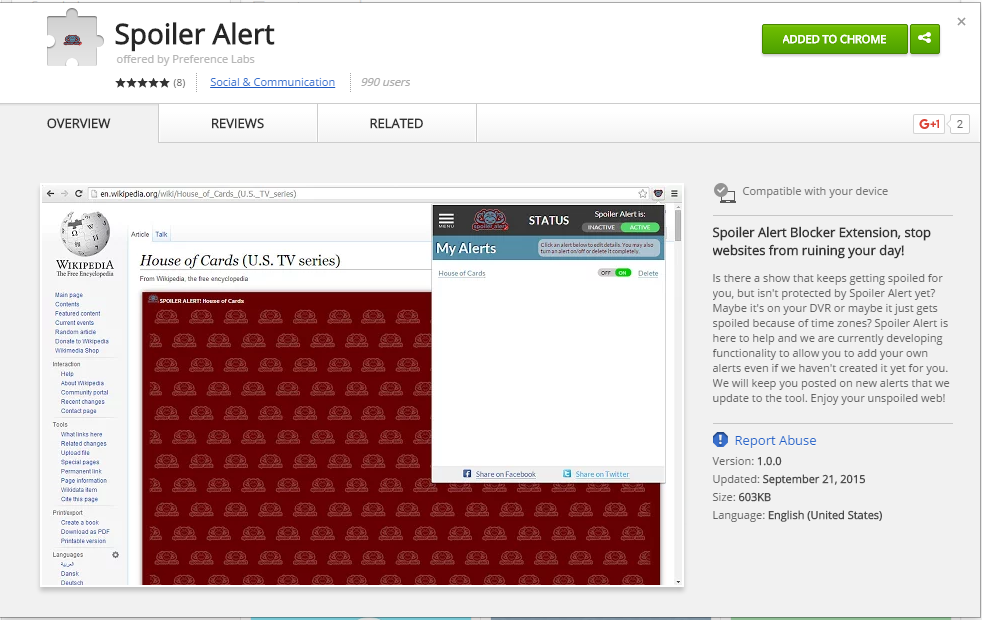 It’s simple to use, you can select a vast number of pre set up programmes and films from a drop down menu (or request that new ones are added): 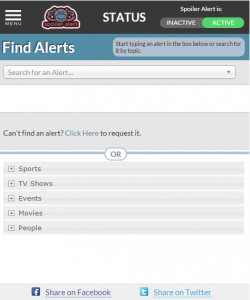 I’ve spent the morning playing around with it- there isn’t an appreciable performance hit on an i3 based laptop, and if I try to look at any Force Awakens Spoilers, this is what I get: 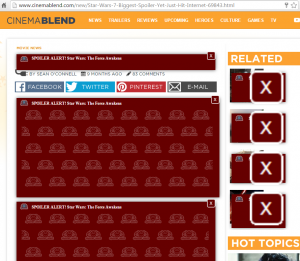 It also works on web based social media, so if I were to do a search on hootsuite for Force Awakens, this is what I get: 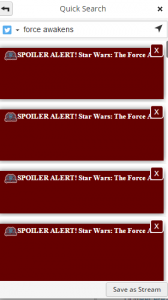 Social media is now open to me, and any other Star Wars fans who don’t want the film ruined! Obviously it’ll work for a lot of other stuff but… STAR WARS!!!

Star Wars on Blu Ray is up for pre-order!

Essena O’Neill, AVON and the commercialisation of social media

Blogging/social media dirty tricks
This entry was posted in Other. Bookmark the permalink.