Why the sudden hate for Peter Molyneux? 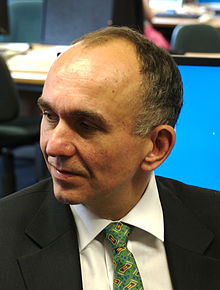 Well, one one level it’s obviously all down to the litany of broken promises over Godus. There’s a good write up on Eurogamer if you’re really interested or this on RockPaperShotgun if you want a more concise list of all the balls ups that have happened.

What’s less obvious is why anybody is surprised. Molyneux has long had a propensity to be more interested in the side projects in a game’s development than the actual mechanics of the game itself. Yes, Populous, Powermonger, Dungeon Keeper and to a lesser degree Fable were ace but lets not forget the rot that was hinted at with Fable really set in earlier with Black & White. Molyneux was much more interested in getting your creature to dance along to any music CD you put in your computer than actually making sure there was any sort of game in there with Black & White- almost as if funding the game himself gave him the right to not actually put any a game in there.

Molyneux’s failure to deliver on promises with Black & White was repeated with Fable, which was late and lacked many of the features that he’s spoken at length about. He publicly apologised for being overenthusiastic about Fable in press conferences back in 2004 and 11 years later it’s recently become apparent that he hasn’t learnt his lesson.

Don’t get me wrong, I love some of his games. I spent far too long playing Populous and Powermonger. I loved Dungeon Keeper and still play it occasionally (Populous-wise, I prefer the Promised Land now) but I’m under no illusion he really knows what he’s doing. He was lucky early on in his career and made a handful of great games but has managed to squander the wealth that they made with bad decision after bad decision (he personally funded the $6m development of Black & White, which was bonkers).

The fact that many hold him up as some sort of industry guru just shows that they weren’t around buying games in the late 80’s and 90’s. That’s understandable; video game journalism doesn’t pay brilliantly and for most it’s a young mans game. And of course he is readily available to offer opinion in writing or to camera at the drop of a hat. You only have to watch From Bedrooms to Billions to see he’s a lot better in front of camera than many people who made much more interesting games.

It’s probably too late to quell the hate but perhaps we should try to replace it with resigned disappointment. It is after all nothing new.

The state of football punditry

Video games on the high street- the future

Playing Football Manager Handheld almost too much
This entry was posted in Blog. Bookmark the permalink.