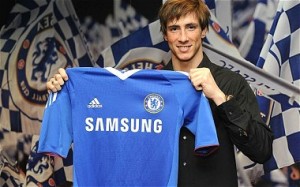 A day after £134m was spent in the transfer market, a one day record unlikely to be broken, and the newspapers are full of stories like the Telegraphs take on a new style of austerity Britain or the Guardians poll on whether Premier League spending is out of control.

It’s a fair point, especially when the largest transfer outside of England was a “meagre” £12m, eclipsed by at least half a dozen purchases in our top flight (lets not forget about Bent, who is looking astonishing  value or Dzeko who must be wondering what all the fuss was about) but it does leave out one interesting and not entirely football related issue.

By and large, this transfer window has seen a large influx of money into this country and money that comes into the country invariably ends up being spent and taxed here, even if it’s only through indirect taxes like VAT. Bent was paid for with American money, Torres with Abramovich’s money (whichever offshore tax haven he kept £50m of loose change in at any rate), most of which has stayed in the UK as Sunderland and Liverpool respectively have bought from British clubs.  Even big signings from overseas like Dzeko and Suarez will have been financed offshore.

Okay, the fee for Torres is being paid over 5 years but that’s still a net inflow of money into the British tax system, and lets not forget most big money moves have big money salaries. Torres is reportedly on £175,000 a week, that’s almost £6m in PAYE and national insurance a year for one player, even if image rights and other sundry payments will all be done to an offshore company.

The numbers are ludicrous but at the end of the day the vast majority of the money wasn’t here to start with, so it can’t be that bad can it?

What do the changes in child benefit mean for you?

A guide for Arsenal in the transfer market #AFC

Mr Wenger is turning into Mrs Thatcher
This entry was posted in Other. Bookmark the permalink.