I’ve been mucking about with a few bits of tech project recently but nothing too substantial. We’ve had new carpet in our bedroom and ditched the chest of drawers that hid a multitude of sins. Or to be more precise, it hid two holes in the wall, one for the satellite cable and the other for a ethernet cable that runs down the side of the house to the router, giving us a hard wired connection in our bedroom. The need for this in itself has diminished since we got our Orbi router set up but since I have an Xbox One X in our bedroom, I decided to keep it.

Rather than trunk two cables across the wall and make the wife all upset at the mess, I got my dirty great big drill bit out and put a hole though the house as close to the bottom corner of the room as I could. I had to snick the end of the ethernet cable and satellite cable to get both through the same hole but since I’ve got a pair of crimpers and some RJ45 terminators, it wasn’t much of an issue. Filling, smoothing and sanding the existing (now redundant) holes took a little while but I’m fairly please with the result now.

Since the Xbox One X, Fire TV, and the four port switch all sat on the chest of drawers, I purchased a wall mounting bracket for the Xbox One X, and put a tiny shelf up behind the telly to hold the rest of the gubbins. The end result now looks like this and I’m fairly pleased: 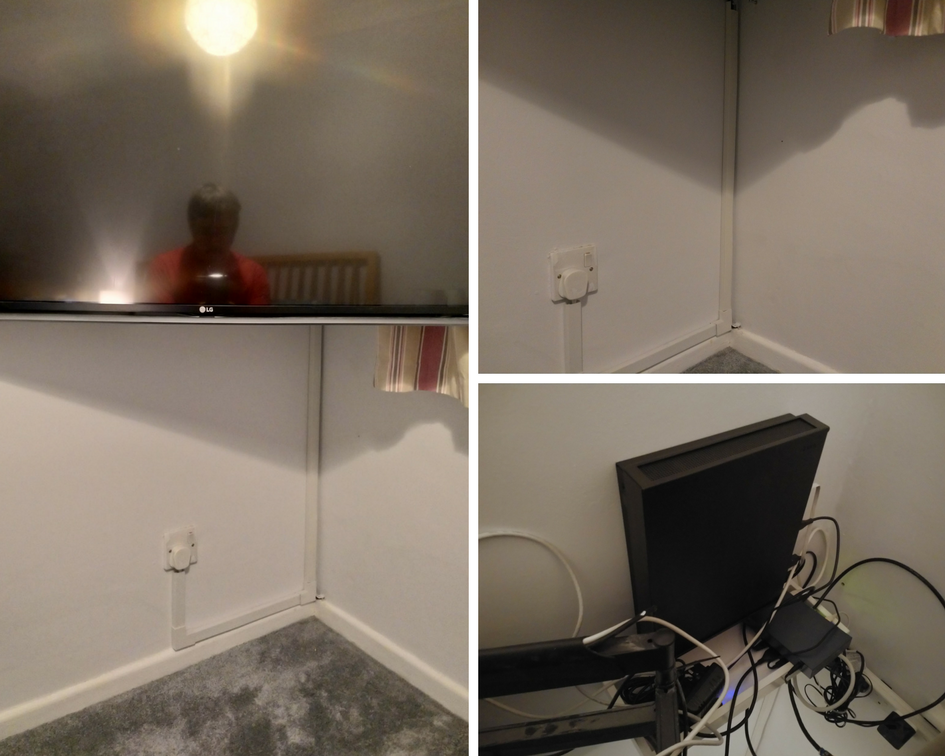 I do need to scrape the paint off the plug socket though. 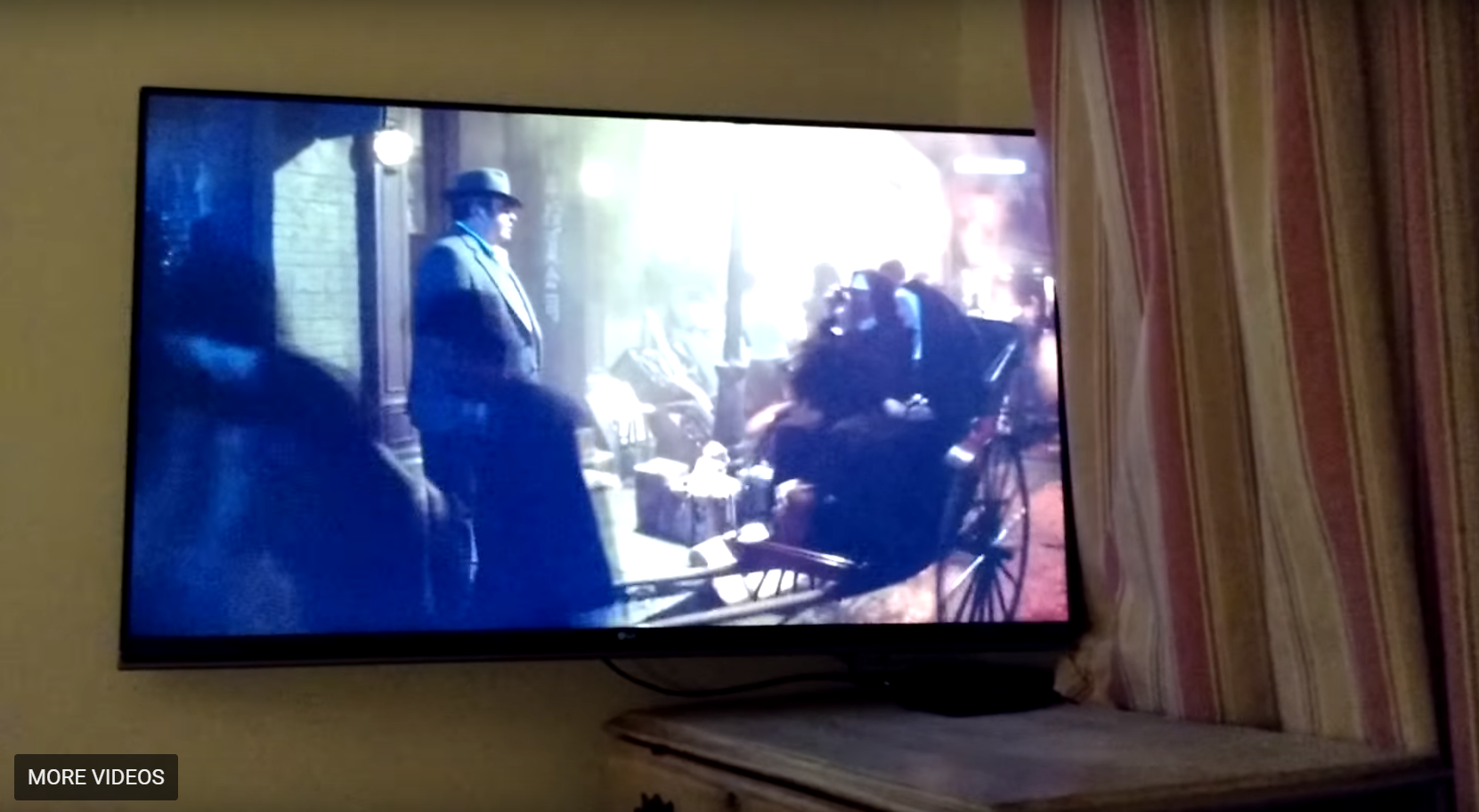 When we moved in about 12 years ago I installed our own satellite dish and cabled in our bedroom (it was easier than taking another feed of the TV aerial). Rather than splash out on one of those devices to test the satellite signal strength, I cabled it up to the Freesat box in our bedroom, called my wife on my mobile and moved the dish around until we got a strong signal. However over the last year or so the signal strength had gradually degraded to the point where we just couldn’t watch anything. I checked the dish itself and found it was still tightly anchored, suggesting to me that it was an issue with either the cable or the LNB. I bought a new 4 port LNB for a tenner on Amazon, and installed that as well as re-terminating the cables over the weekend. Fortunately I had some slack in the cables! Now that’s all working too.

My final piece of tech twiddling involved following a rather handy tutorial for using Google search for Amazon Alexa/Echo. I like the music integration on the Echos but the search is a bit naff compared to what you get on Google Home, so this was good, if rather involved, fun to set up.

I’m almost at Peak Gadget
This entry was posted in Blog. Bookmark the permalink.