Maria Miller and the Proceeds of Crime Act 2002 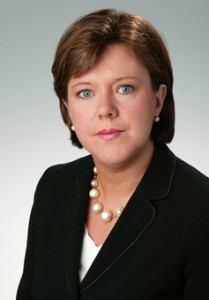 There has been a lot of hoohah over Maria Miller and her eventual resignation recently. If you’re not up to date, there’s a good time line on the Telegraph here with some additional narrative here but in brief the Parliamentary Standards Commissioner recommended that over £45,000 should be repaid by Miller in relation to expenses claimed for mortgage interest relief on her “second” home. This was the excess of mortgage interest on the original mortgage taken for her “second” home over what she eventually re-mortgaged it to. Fortunately for Miller, a group of her peers thought this was a too literal interpretation of the rules and the amount was revised down to just under £6,000. Heaven forbid rules be interpreted literally eh?

It gets more exciting than this though. There are rules in place that mean capital gains tax has to be paid on any additional properties that you own in addition to your “principle private residency”. Your PPR is the house where you live basically. For tax purposes you have to inform HMRC which residence this is if you own more than one, and may have to provide evidence that you do indeed live there.

Fortunately we have some rather Draconian New Labour legislation that would work wonders in this situation. the Proceeds of Crime Act 2002 allows the “recovery of the proceeds of unlawful conduct”, a new form of civil confiscation that takes place before and regardless of whether any criminal conviction is obtained. I don’t see why this legislation hasn’t been used to recover the full £45,000 of illegally obtained expenses, let alone looking into any potentially illegal avoidance of captial gains tax. I’ve tweeted this question to a few newspaper editors but had no reply. Perhaps someone reading this will know better.

Of course I’m not a lawyer and have only covered this area in my day job as a FCA, where we have to have annual ethics updates and regular money laundering training that also covers the bribery act and the proceeds of crime act.

But it’s worth looking at isn’t it? Someone?

George Osborne commits to “fight for full employment”
This entry was posted in Blog. Bookmark the permalink.