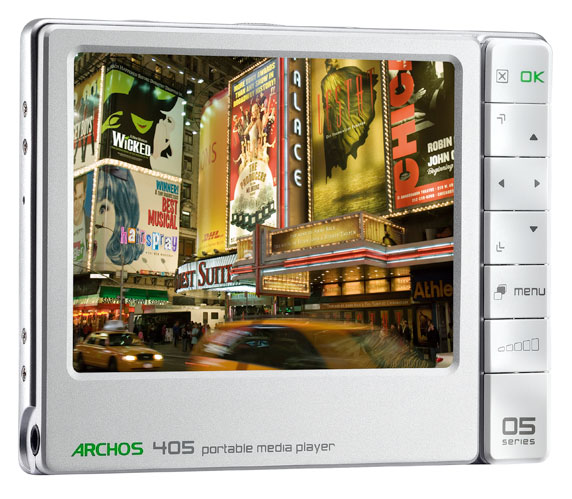 This year will mark the tenth anniversary of my first Archos media player purchase. The 405 wasn’t the first media player that Archos made by any stretch of the imagination. It was billed as the fifth generation player, but it was more affordable than anything Archos had made before. My father in law had the AV420 that pre-dated it by a couple of years but it was a whole lot more expensive.

It seems odd today when I can stream via Netflix or Amazon Prime (or even from my NAS box over 4G when I’m out of the house) on a larger and higher definition screen, that I used to have a separate player with a 3.5inch (the 405) or 4.3inch (the 605) screen. The resolution on the 605 was a pitiful 800×480, which was lauded at the time! Oddly enough, I preferred the smaller, lower res 405 out of the two, but when my 405 unit finally failed, I replaced it with the larger 605. The 605 only cost around £130 at release, so it wasn’t massively expensive but it was a lot more bulky. Try telling anyone today that a resolution of 800×480 is pin sharp and they’ll laugh at you because 1080 doesn’t cut it in flagship phones today.

No, the 405 cost around £80 when I bought it, had a laughable 320 x 240 resolution screen and was great. I say that without irony too. It might have only had 2GB of internal storage but you could stick an SD card in (up to 16GB) and fill it with stuff. I had tons of X-Files on it, which I used to watch on train rides or at lunch time. It was small enough to be properly portable, something I thought the larger (and better in every other respect) 605 lacked.

The 405 didn’t have a touch screen, instead a series of rocker buttons up the side. I preferred this to the resistive touchscreens that a lot of budget devices still used 10 years ago.  It also removed the problem of accidentally doing something by mistake that you get with capacitive screens.

Because tech companies have always loved ripping off consumers, you had to pay for a plugin to play MPEG2/VOB files and a second one for H.264 , although it did support  MPEG-4 (including DivX) out of the box.

At this point I still had my iRiver H140 MP3 player, so the Archos was reserved solely for video. It made sense at the time because smartphone battery life has always been rubbish, so I had a separate music player and a separate video player. Today, I just carry around a battery pack for my smartphone because they still haven’t sorted out the battery life on phones.

Before the tech invaded our lives
This entry was posted in Technology. Bookmark the permalink.