The Wheel of Time is a Romantic Drama Masquerading as Fantasy 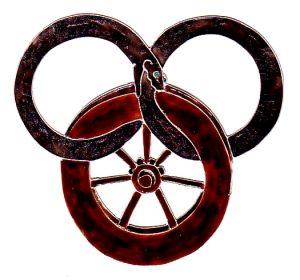 I’ve read the majority of Robert Jordan’s the Wheel of Time about 3 times now. I’m currently up to The Shadow Rising on my final read through (or rather listen through via the rather wonderful audio books) before the final volume is out next Spring.

It’s a lovingly crafted fantasy world, with a deep history and a well thought out magical system that does seem to fit with the universe the story takes part in but….

There is little doubt in my mind that Jordan was a huge fan of Mills & Boon. If you read carefully the fantasy elements and even the over-arching battle between good and evil aren’t actually the main story. The main story is a story of love and finding yourself an ideal partner.

Poppycock, I hear you say! Well hear me out. At the start of the novel everyone is single. Even Queen Morgase is single, and all of the main characters are definitely on their own.

By the end of the twelfth book there are so many pairings it actually looks ludicrous to list them but I’m going to:

So that’s 12 relationships (14 if you include all 3 of Rand’s) without any real effort, and that’s ignoring the triangle between Galad, Gawyn and Egwene, and Berlain’s attempts to steal Perrin from Faile. In fact if you were to look at all the narrative given over to the romantic entanglements between the characters, and you were to strip it out, there would be a considerably smaller series left at the end. The comedy conceit of Mat, Perrin and Rand all wishing they had the other ones facility with girls gets tiring pretty quickly but does serve to highlight how much of the series is focused on romantic relationships.

Most of Perrins story involves hooking up with Faile, rescuing Faile and being in trouble with Faile for not understanding women properly. He’s definitely the worst of the 3 lads for it but Rand is as bad, especially as Lanfear is always looking over his shoulder (or biting it).

So there you have it. Coincidence? Or design? Either way Jordan has written tens of thousands of words about romance, even if you’ve read the most part of the Wheel of Time without realising it.

Eye of the World Unabridged CD

The Walking Dead Compendium Volume 1
This entry was posted in Books, Other. Bookmark the permalink.