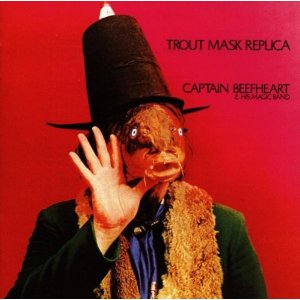 I really don’t think you should buy Trout Mask Replica by Captain Beefheart and his Magic Band. I’m almost certain you won’t like it. It will sound like a load of random words croaked over a dissonant free jazz cacophony and you will hate it.

Recorded in 1969 and produced by a certain Mr F Zappa (who famously called his children Moon Unit and Dweezil), Trout Mask Replica initially had an indifferent response from the critics but has since gone on to be regarded as one of the most infuential experimental albums ever. Rolling Stone Magazine stuck it at 58 in there top 500 greatest albums of all time back in 2003.

Regardless though, you definitely wont like it. You need some sort of OCD level of perseverance and an extremely high pain threshold to get anything out of this album.

I absolutely bloody love it but wouldn’t recommend it to anyone.