Last and first film of the- Expendables & Inception

We’ve got back into the swing of watching a film now and again in the evenings now the kids are sleeping a bit better. We did a bit of a double header this long weekend, starting with Stallone’s rather odd homage to 80’s action films, Expendibles, on New Years Eves and finishing with Inception on Sunday 2nd. 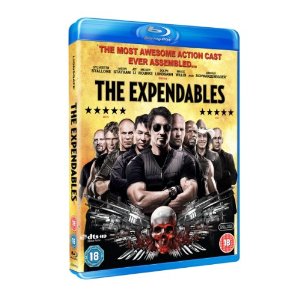 We’ve got a 37 inch widescreen telly and a blu ray player, so we tend to avoid the cinema now days, due to the germ ridden diseased cough machines that inhabit those establishments these days. 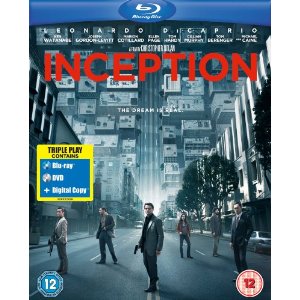 Inception is in a different league to the Expendables. Whereas the former is clunky and over the top, much like the doddering action stars in it, Inception is tight, suspenseful and quite intelligent (although not anywhere near as clever as it would like you to think).

Expendables on the other hand could have easily come out around the time of Cobra, Red Heart of Predator. It’s dumb, brash, full of explosions and more than a bit silly. Not silly enough really though, and it lacks the overblown testosterone of the genuine 80’s article, or the knowing nods to camera that Jason Statham manages in his own vehicles. Talking of Statham though, next to pretty much everyone bar Jet Li, he looks like he has the build of Billy Mitchell from Eastenders. They might be getting old, but these guys are still massive, Dolph Lundgren  in particular. Lordy, I remember him in Red Scorpion (1988).

The plot of The Expendables doesn’t matter. It might as well be Commando with some more blokes in it to be honest. It’s crap. The film is okay but too long. I can’t really say more about it than that, other than all the stuff with guns was done better in Predator.

Inception on the other hand is quite an involved film. It obviously owes a debt to the Matrix is so far as it is about reality bending (this time dreams rather than virtual reality). Di’Caprio is stepping into the shoes that Brad Pitt was in circa Fight Club now days, a far cry to his earlier stuff. Infiltrating peoples dreams to knab their secrets and steal stuff is made more complicated by the idea of dreams within dreams and a dark secret behind the main protagonist.

I have to admit the character of Ariadne had me a bit confused. I was expecting a double cross and didn’t get one, which to me suggested the character wasn’t that well written or was badly played/interpreted. I’ll have to give it another watch to see if this is a lasting impression though.

Next up is Four Lions. Wish me luck, bit of a change in tack eh?

Predator: a reboot too far

Bond 23: Skyfall review
This entry was posted in Other. Bookmark the permalink.